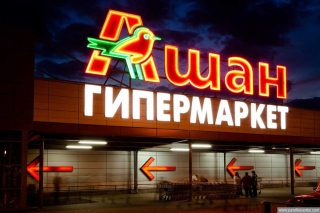 Auchan Retail: a key year in transformation, marked by the alliance with Alibaba in China, a slight increase in revenue (+0.5%*), a decrease in EBITDA (-12.1%*) and the ongoing transformation strategy.

Immochan: ongoing transformation to become the global player in urban development and open new fields of investment, growth in revenue (+5.3%*) and EBITDA (+3.1%*). 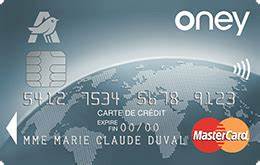 **2016, after restatement for the impact of the sale of Visa Europe shares 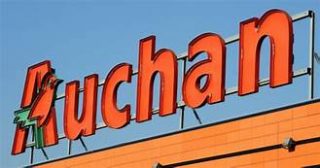 On 31 December 2017, Auchan Retail saw its consolidated revenue excluding taxes grow by 0.5% to €52.002 billion, including a positive currency impact particularly for the Russian rouble. This trend reflects incredibly different situations depending on the country. Activity fell in Russia, France and Italy, where a series of corrective actions tailored to each country have already been initiated. Spain and Portugal continued their recovery with a further increase in their revenue. Eastern European countries, in particular Ukraine, Poland, Hungary and Romania, continue their momentum each year. In China, SunArt, a listed subsidiary of Auchan Retail, continued its growth in 2017 and experienced an increase of 1.9% in revenue, strengthening its position as the country’s biggest player in physical food retail.

2017 is a key year in the company’s transformation fully in line with Vision 2025 that was launched 18 months ago.

Substantial progress in phygital sales has been made, particularly through the Alliance formed with Alibaba in SunArt. The aim of this alliance is to create a leader in phygital opportunities in China’s food retail sector, to accelerate digitisation and O2O (online to offline, services offered online, intended to generate sales in store) in China, a valuable source of learning for all other countries. Alibaba took a 36.16% stake in SunArt’s capital, while Auchan Retail increased its stake and became the largest shareholder of SunArt with 36.18% of the capital.

New tests, concepts and services have been launched around the world involving phygital experiences. In China, Auchan Minute (a fully-automated 18 m² concept) confirms the relevance of its model and currently has more than 180 units rolled out in the country and RT Mart Fresh, a one-hour home delivery service for fresh and consumer packaged goods, has seen its daily number of customers increase (more than 1,000 customers per day at the end of December 2017 in the test store). Click&collect services have now been implemented in all target countries, and a third of the French population is covered by a home delivery service for food products.

Multi-format and convenience stores have been prioritised. In 2017, 84% of store openings related to convenience and ultra-convenience stores and the 14 countries in which Auchan Retail operates have all now become multi-format. This drive is also shown by the ambition to establish a foothold in the trading of each country. In 2017, Auchan Retail announced the acquisition of Ukrainian retailer Karavan and the twofold increase of stores in Ukraine as well as the acquisition of City Dia stores in Senegal. It is a question of success on a human level, in terms of welcoming, integrating and training new employees, and success on a commercial level, through the quality of the ranges and services provided by the Auchan brand.

Another pillar of Vision 2025, the commitment for the good, the healthy and the local has been reaffirmed with rolling out La Vie en Bleu customer app, using Nutri-Score labelling in France, accelerating the implementation of co-developed supply channels with local agricultural ecosystem in 14 countries, implementing a health check for employees (Hungary, Ukraine, etc.), reorganising objectives of the Auchan Youth Foundation towards the well-being and healthy eating of children, creating healthy cooking classes for employees (Vietnam, France, etc.) and redesigning menus served in company canteens.

The 1st stages of the transformation show promising results:

margins within the sector, due to special attention being paid to quality-price ratios. In addition, these brands are subject to a sustained CSR commitment by ensuring that all unwanted chemicals such as parabens and phthalates are removed from their manufacturing processes.

According to Wilhelm Hubner, CEO of Auchan Retail:

“2017 was a key year for Auchan Retail with the launch of transformation projects in all countries and the alliance signed with Alibaba in China. These projects are carried out thanks to the efforts of our teams who work harder and harder each day to provide a better service to shoppers in our 14 countries. A human project, tangible in each country, strengthens our actions at a local level. The results will be fully visible in 2019. Today, our results are incredibly different depending on the country and actions are in progress to improve the situation where it is deemed necessary, as we have done in Spain and Portugal and where we have then returned to sustained growth. In this context, the company has continued to implement its Vision 2025 by placing particular emphasis on multi-format and phygital experiences, reinventing customer experience, ensuring a campaign approach of our retailing business based on the good, the healthy and the local, paying special attention to our teams and modernising our back offices. In 2017, Auchan Retail shaped the retail sector by entering into an operational and capital alliance with Alibaba. We are going to create the phygital leader in China’s food retail sector and capitalise on this experience in the other target countries. The first stages of the transformation plan fill me with absolute confidence in the teams’ ability to implement our Vision and encourage further acceleration in 2018.” 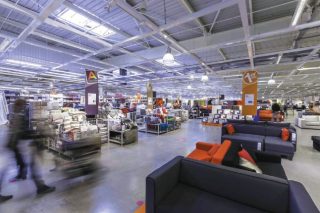 On 31 December 2017, Immochan saw organic revenue growth of 6.0%, driven by expansion (+5.4%) and also by its comparable network (+0.6%). On a comparable basis, retailers’ revenues are tending to increase and vacancies are declining: thanks to the daily efforts of teams, Immochan shopping centres have an occupancy rate of more than 96%. Disposals have had little impact (-0.5%) and the revenue reported at current exchange rates increased by 5.3% to €667 million.

Excluding exceptional items, EBITDA grew by 5.3% (3.1% as reported). This increase was a result of strong rental performances and control over day-to-day costs and improved customer risk management.

2017 was a key year in implementing Immochan’s Vision.

The first tangible results of diversification were achieved. In Spain, a partnership was signed with ADIF, the Spanish rail network operator, to build a shopping centre in the Vigo TGV train station. In France, Immochan built a 2,900 m² office project in Sorgues. In Romania, Immochan completed the acquisition of Coresi Business Park, representing 40,000 m2 of office space, and finalised the first set of 1,400 apartments under construction in Coresi Brasov.

The strengthening of existing sites remains a priority through the ongoing roll-out of the “Aushopping” quality label, particularly in France, Russia, Romania and Poland. Openings and extensions, totalling 120,000 m², mainly involved Russia with two shopping centres, including Togliatti (> 25,000 m² and more than 50 stores) and France with Promenade de Flandres (60,000 m² and 54 stores). In Italy, a new catering concept was launched for “Emotional Food” in Mestre and Fano.

New awards were given in recognition of the hard work carried out by Immochan teams. In Portugal, Alegro was recognised at the ICSC Solal Marketing Awards for its brand awareness campaign. The quality of projects

was also praised in Romania (Residential Developer of the Year at the Europa Property SEE Awards), as well as in Italy and Ukraine. In terms of environmental responsibility, France and Poland received a BREEAM “Very Good” rating for the Sorgues and Łomianki projects.

“2017 has experienced incredible momentum and witnessed many initiatives to set the company in motion and create a true transformation. This is just the beginning but we have already made significant progress and we are incredibly proud of our first achievements. We have a clear vision of what we want to do and how we want to do it. Our great results make it possible for us to look to the future with confidence while giving us the means to succeed.” 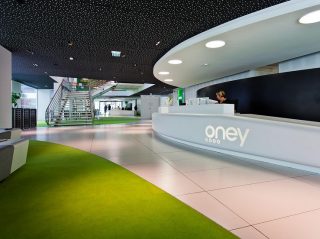 For 2017, Oney has displayed a very good level of activity in all its markets: a 9.3% increase in the number of customers, a 9.7% increase in production, a 5.9% increase in performing credit outstandings. There was a net increase in sales performances, with a 6.7% increase in net banking income (excluding the impact of the sale of Visa Europe in 2016).

The cost/income ratio stood at 72.1%, up in relation to 2016, with expenditure linked to the plan to accelerate human and digital transformation directly impacting operating expenses. Excluding this expenditure, the cost/income ratio would be 62.4%, versus 62.8% in December 2016 after restatement for the impact of the sale of Visa Europe shares.

The cost of risk on loan outstandings has maintained a downward trend for several years and reached 2.1% on 31 December 2017 thanks to successful risk management across all markets.

For Jean-Pierre Viboud, CEO of Oney:

“2017 was a very good year and we are very pleased with the results achieved by all of our subsidiaries. We have started, with our teams, a major move towards human and digital transformation that will accelerate our growth. Our investments, especially in the international roll-out of our split payment solution, will enable us to accompany our partners across all of their markets to meet their trading needs today and in the future. They will also lead us to create the alternative and single bank that we want to establish.”